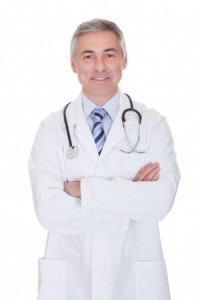 The Sports Hernia injury has been given many names over the years. None of these names are very accurate. A “Sports Hernia” is not a true hernia but a tear or strain. “Gilmore’s Groin” refers to one of the original doctors that described the injury. “Athletic Pubalgia” mainly refers to the boney component of the injury. Thus a better name is needed.

Experts including surgeons, sports medicine physicians, physical therapists, and radiologists gathered at the British Hernia Society’s Consensus Meeting in 2012 to determine the current status of Sports Hernias. It was concluded and announced in the Consensus’s Statement released in 2014 that Sports Hernias should be referred to as “Inguinal Disruption” (ID), retiring the Sports Hernia name.

Personally, while I am satisfied with the new terminology since hernia does not adequately or correctly describe an ID, I think that the British are a bit boring. What about using “Broken Soccer Player” (BSP) or “Abdominal Wall Rupture” (AWR) instead?

All jesting aside, one of the most promising things to come out of the Consensus was a consensus that sports hernias are real injuries, which is welcome news given the number of my patients who come to my office as a last resort. I see far too many athletes sidelined by IDs, and misdiagnosis followed by therapies and treatments that failed to fix the real problem.

As many athletes learn first hand after suffering from an ID, most American doctors do not believe that this is a “real” injury, instead treating it as a pulled groin and prescribing rest and physical therapy to strengthen the core. This lack of understanding in the medical community has probably been a key reason why most insurance companies refuse to pay for ID treatment. Hopefully, the Society’s recent Statement will lead to better understanding of the injury and better care of American athletes dealing with the injury.

You can download the complete Statement here, which is free to distribute.