Best Decision I Could Have Made

Just wanted to drop you a line and thank you for fixing me up. My abdominal/groin issues started in late Apr 2014 and progressively worsened until mid June when I had to stop playing hockey and golf, altogether. For a while I thought I was going to be all done. I saw you in early August and it’s the best decision I could have made. Your staff were all great and made my trip and stay flow perfectly. Anyway, I was light skating in 4 weeks and playing hockey again in 9 weeks. 4 months later, I’m playing hockey 4.5 hours a week and averaging 5 rounds of golf. At 67 years old, they were saying I was all done. Thanks for helping me prove them wrong. RC

Doctor Brown’s note:  Below is a photo of RC leaving the penalty box.  I am sure that he was innocent of anything wrong! 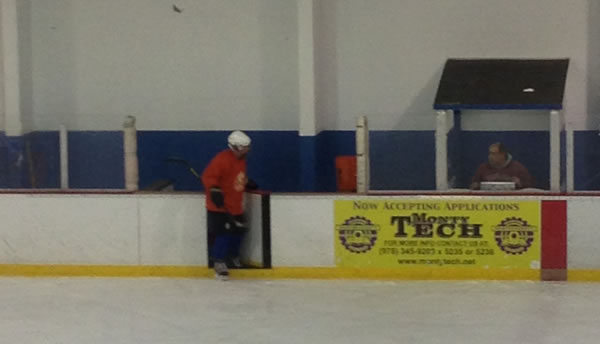